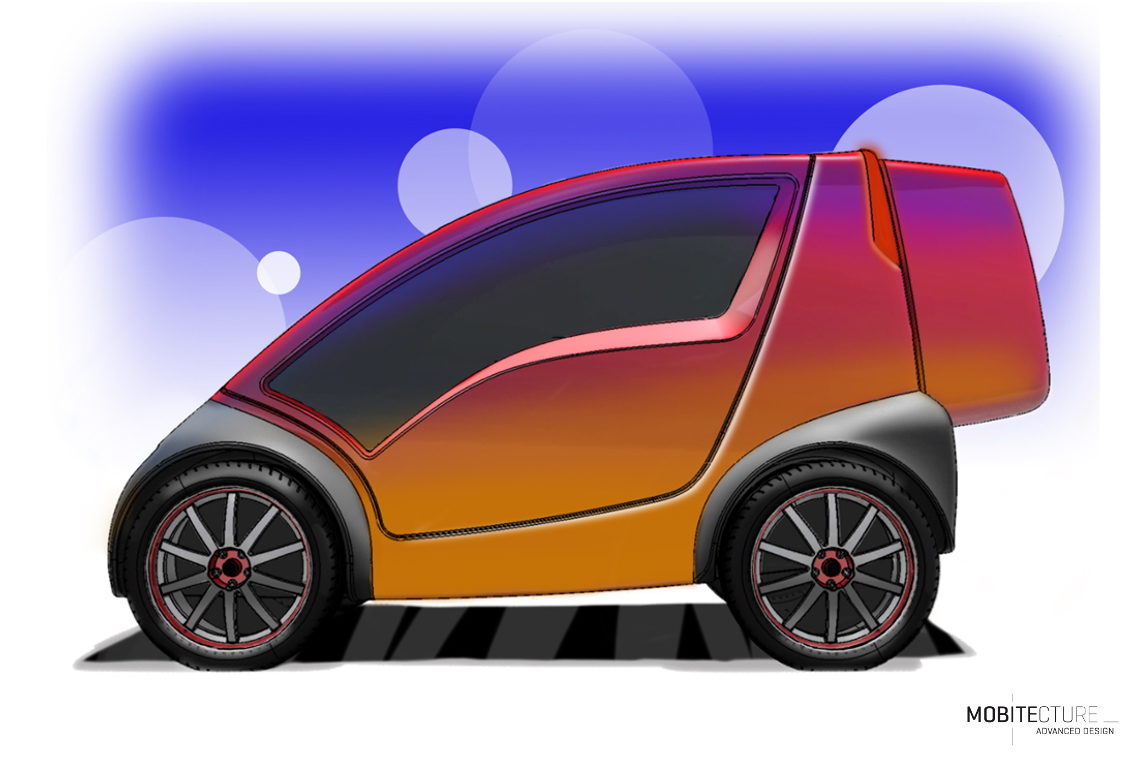 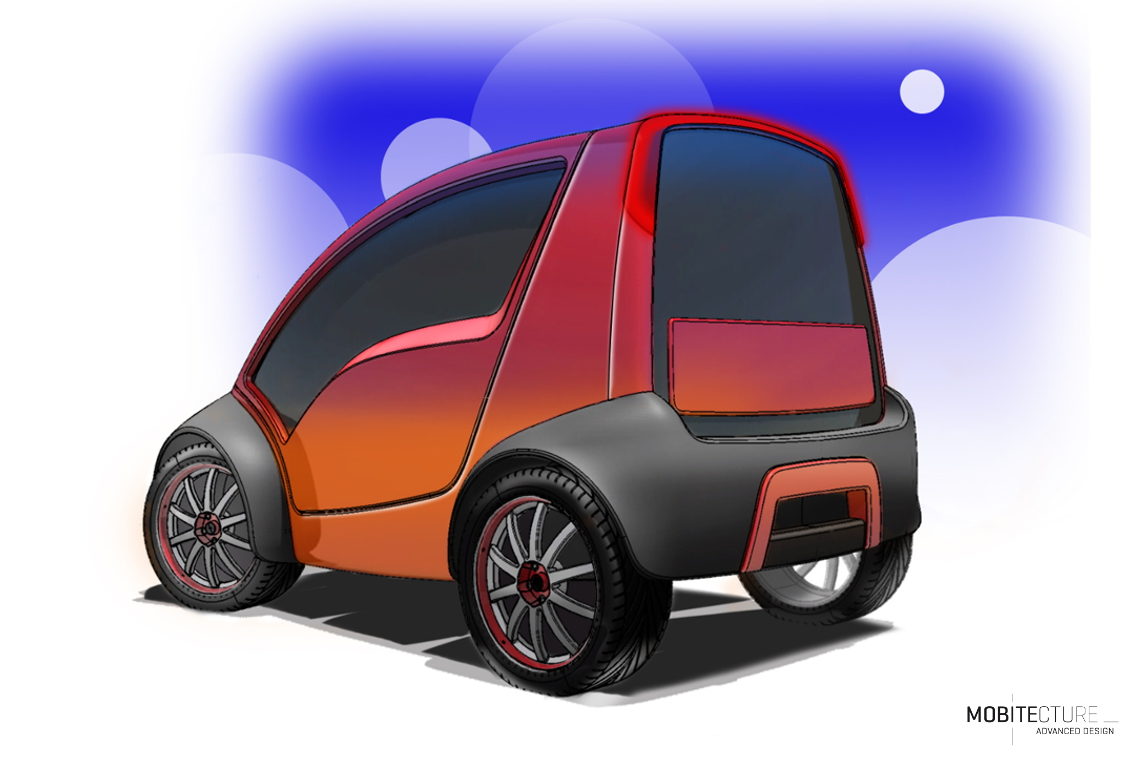 This concept is a purpose built vehicle for the daily commute, to prevent the (ab)use of conventional 4-5 people family cars for the personal transportation of one person only. Research has shown that the average occupancy rate of passenger vehicles is far below 1.5. This improper usage of the family car results in an unnecessary large amount of vehicles on the road because: a) the total transport capacity is not being used to its full potential (1.5 out of 5) and b) the chosen means of transport is too large, too heavy and too inefficient for the daily commute to work.

This calls for a better synchronization of the demand for transportation and the availability of transportation capacity. By bundling the demand and downscaling the total capacity a more efficient occupancy rate can be reached. This concept incorporates a networked community of users connected with a fleet of available vehicles. Through social media the instantaneous mobility demand is monitored and matched to the current capacity. Users can express their demands through a personal transportation app, every car is equipped with a GPS sensor so that it’s current position and occupancy rate is displayed in real time. Further more, the car is equipped with a sign on the front indicating its current destination. This encourages a “hop-on, hop-off” type of use where people can prompt the car to stop and hitch a ride if they have to go in the same direction.

The car itself is an electric powered two-seater, which can be equipped with an optional “backpack” to transport more cargo. If the car is not in use, it is supposed to be left at an energy station to be recharged. Users gain access to the car by means of a token on their mobile phone. The app registers the distance travelled and debits the user, by means of a fair use policy users can earn extra credits if they take along a fellow user. As part of the community, users can share their mobility profile and connect with other users online before meeting them in real life. Sharing a ride means earning credits and an even lower fare.

The aim of this concept is to move personal transportation from being an isolated, inefficient, frustrating experience into a social, efficient and joyful way of going about…you might even make new friends along the way!

Below is a clip of Richard Kleijn presenting the concept on Dutch RTL television: