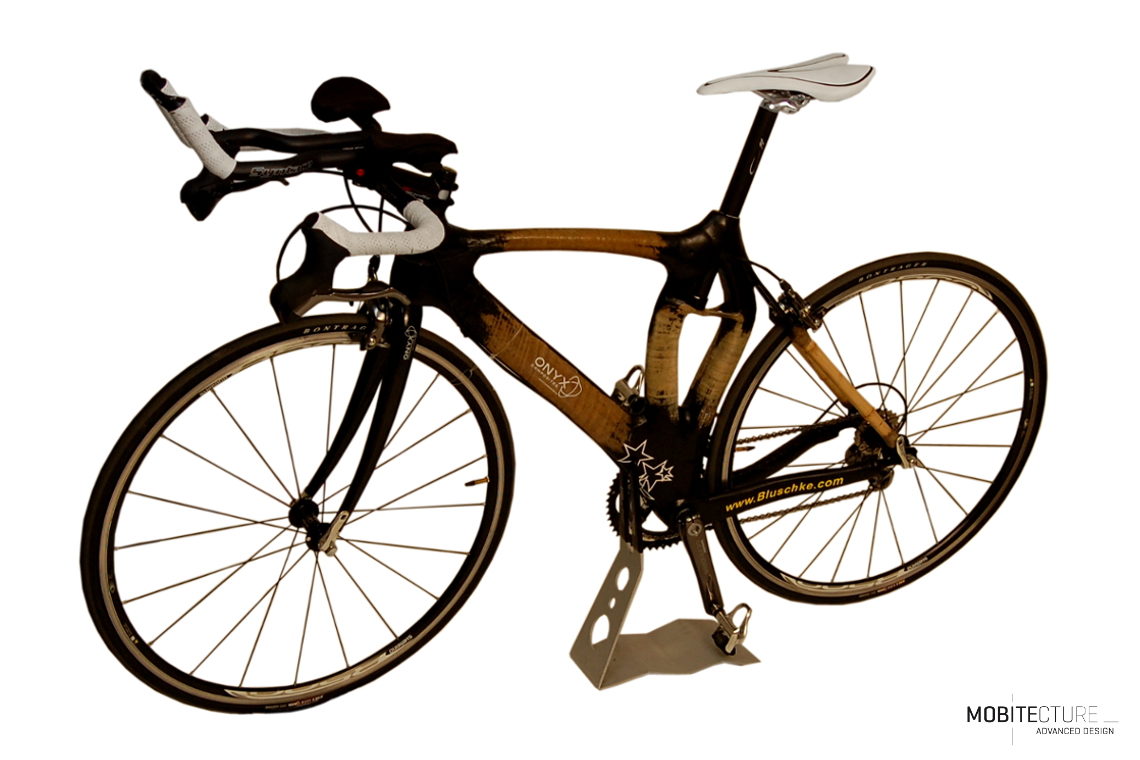 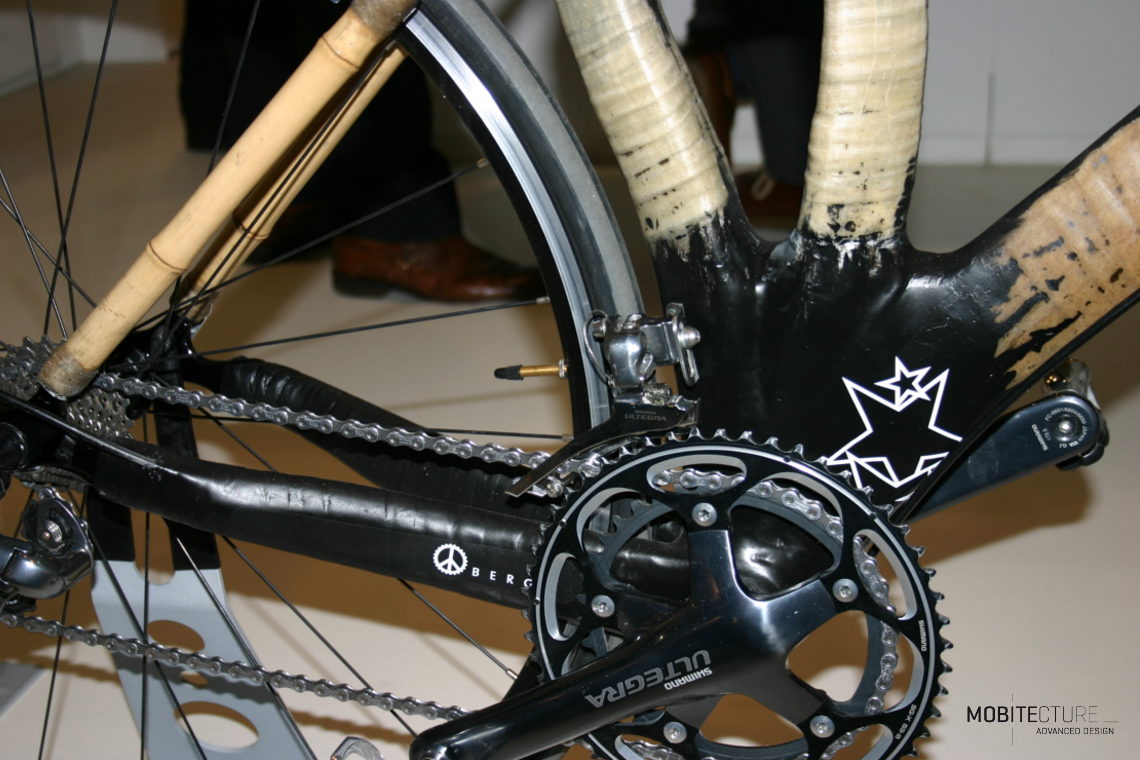 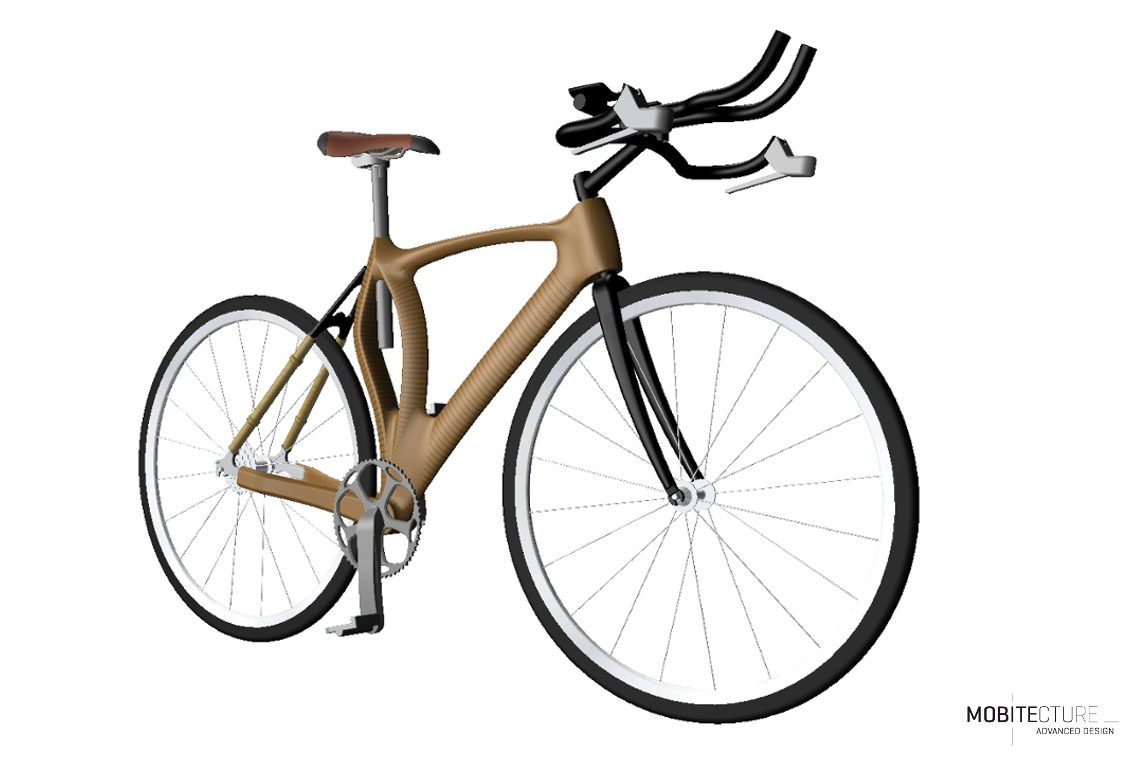 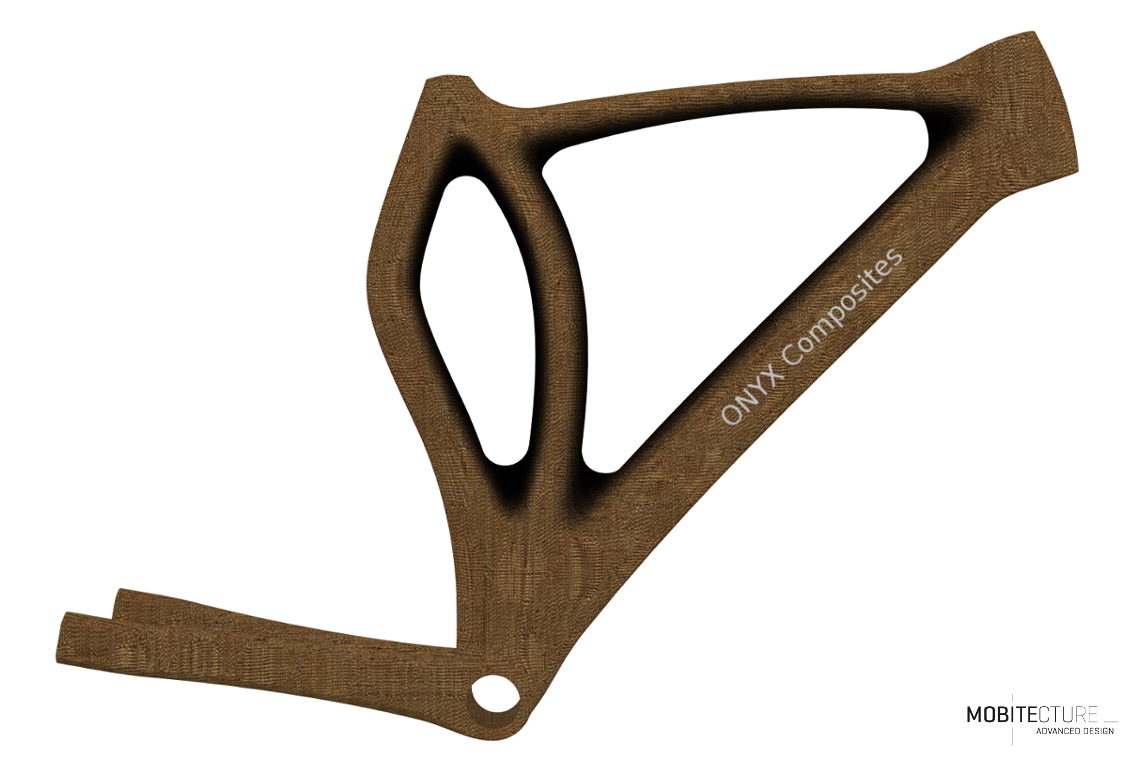 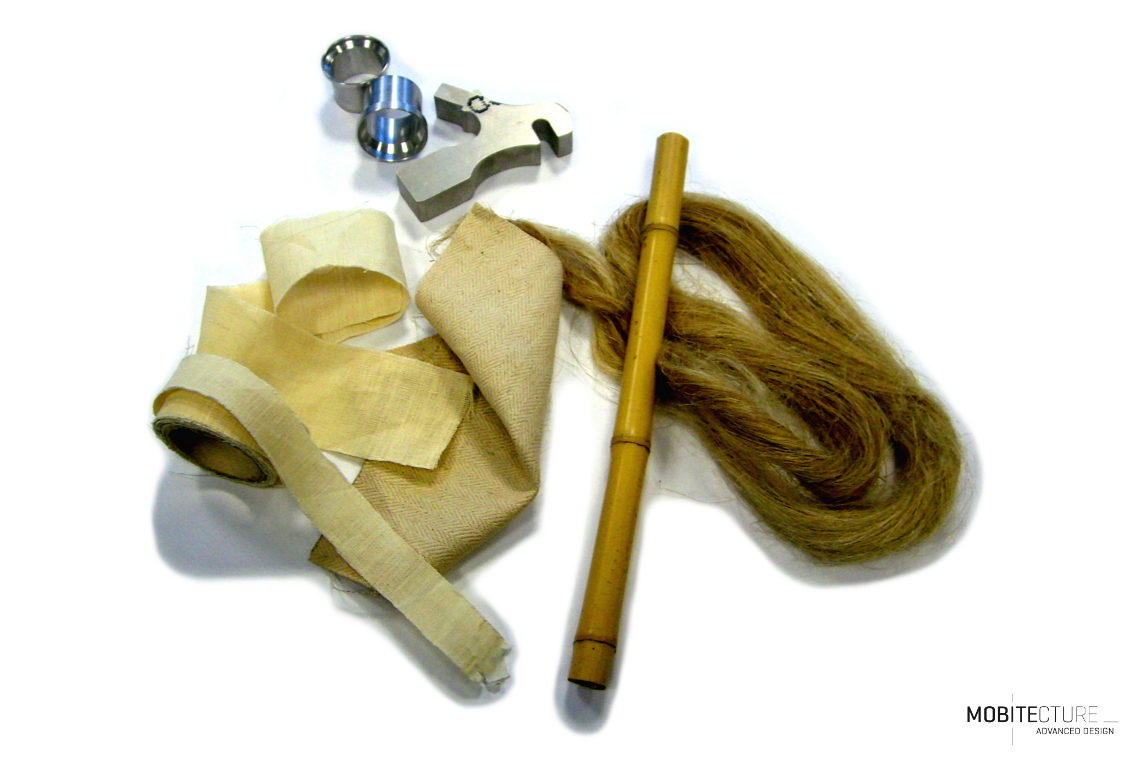 The hemp bike was designed and developed in close cooperation with Nicolas Meyer from Onyx Composites. The idea was to not only show but also prove that natural fibre can be an alternative for synthetic fibres like glass fibre or carbon fibre in structural use. So, why not take an already sustainable means of transport and see if we can make make its production process even more sustainable? The manufacturing process for glass and carbon fibres requires a lot of energy because the raw materials will have to be melted at a very high temperature. Further more, these raw materials are not renewable and require a lot of effort to be harvested. Hemp fibre and bamboo are renewable, easy to harvest and require much less energy to be made into fibres.

The fibres derived from the trunk of the cannabis plant have a tensile strength comparable to synthetic fibres, however a considerable less compressive strength. To turn this disadvantage into a benefit, the challenge was to design a frame that would translate a compressive force into a tensile force. This challenge has been met by the introduction of a tension rod inside the frame. This tension rod translates the compressive force from the weight of the driver on the saddle into a tensile force and also acts as a built-in suspension. This shows how the supposed disadvantage of a material can be used as an opportunity to integrate new functions into the design of the bicycle frame.

To prove that the bicycle frame is not only environmentally sustainable but also very durable Nicolas Meyer competed in several triathlons riding the hemp bike. Both cyclist and bicycle tested negative on the drug test…

Below is a video of the hemp bike at the Dutch Design Week in Eindhoven (NL).