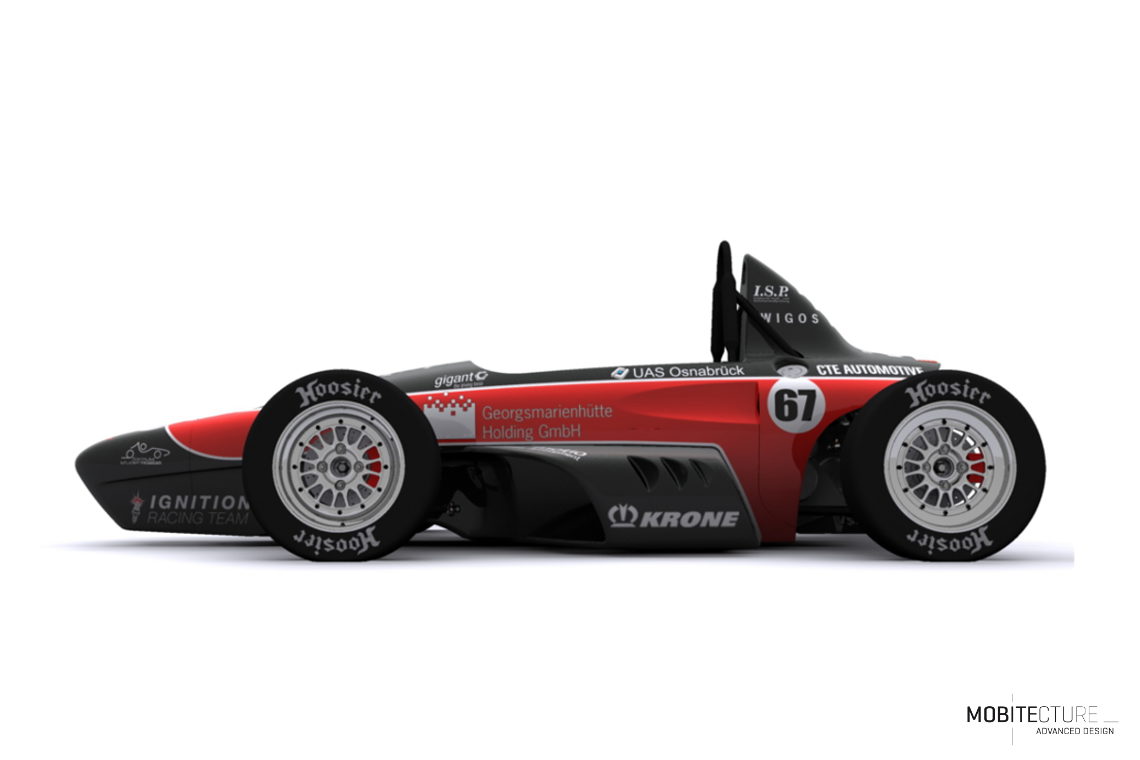 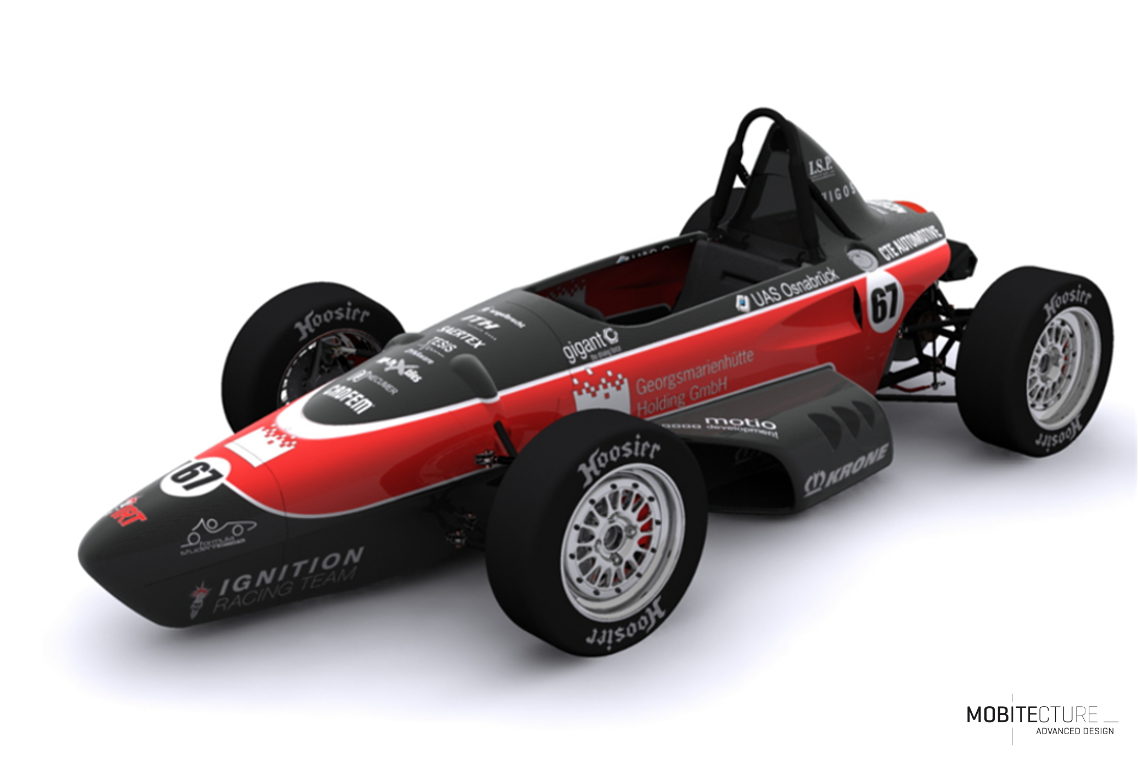 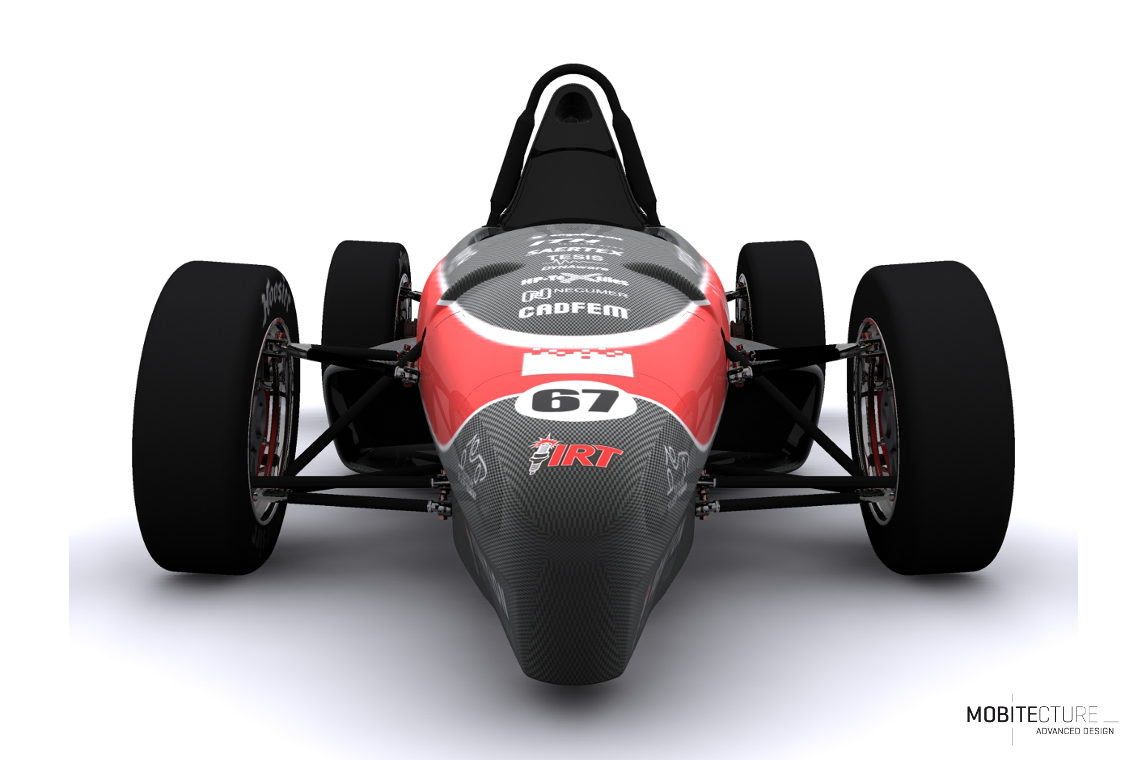 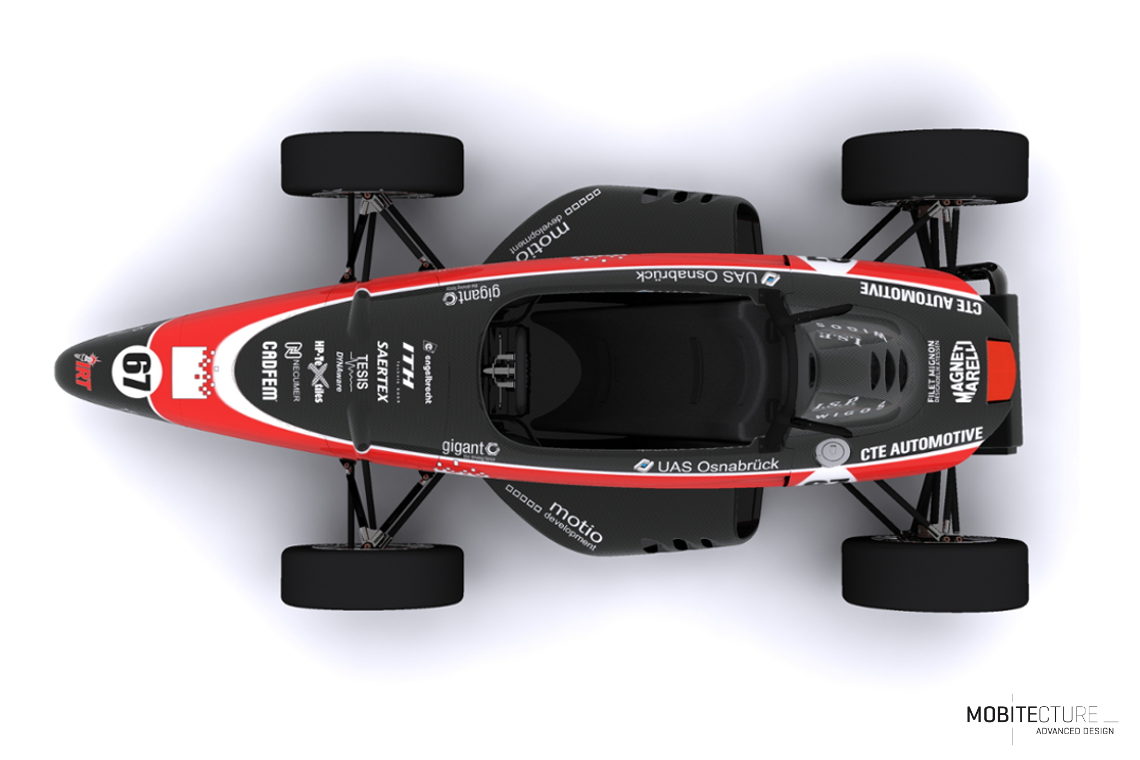 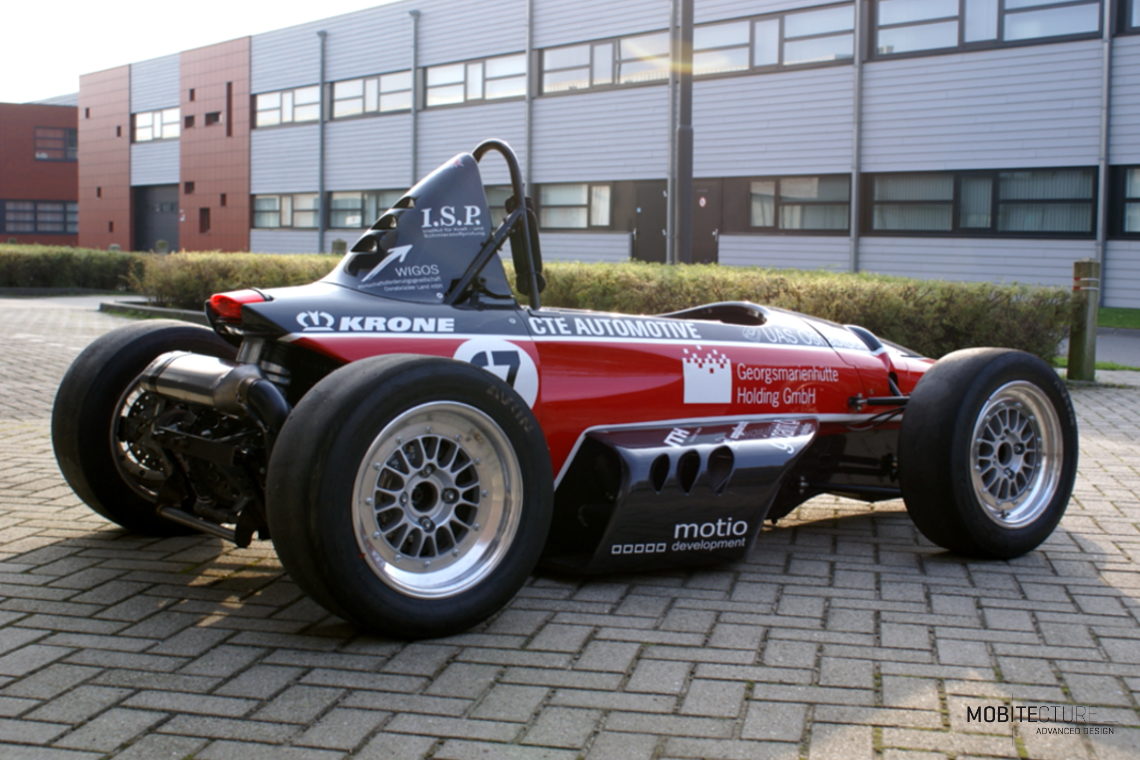 The design language of the Black Onyx expresses its primary goal: competition. This requires a goal-oriented design approach leaving no room for ornaments or styling elements. The exterior design of this mono-posto has to be as effective and efficient as its performance on the track…

This meant that form had to follow function in every sense. In fact, in this case form would be directly related to function since this car had no separate chassis and body. The body ist the load-bearing element to which all the technical components of the car will be mounted on. So there is no separate body to cover up the technique, shape and function are united as one in the monocoque structure. Integrating function and design in one single body calls for a challenge that might be best described as form serves function.

One of the best examples of that challenge in automotive history is the 1961 Ferrari 156 F1, or “Sharknose” as it was called due to its characteristic air intake “nostrils”. This Grand Prix racer was equally beautiful as competitive. Its slim and minimal body design is, even today, instantly recognised as one of the most iconic racecar shapes ever. Given it’s succes in the 1961 Formula One World Championship season (both driver’s as well as constructor’s championship winner) it is the epitome of a near perfect symbiosis between form and function.

For this reason, the Ferrari “Sharknose” has been an inspiration for the Black Onyx. Although technically completely different, its clean and pure morphology has been a leading theme in the design of the Black Onyx. The “cigar-shaped” slim body with the low nose and open rear end is wrapped around the driver, tight like a glove. Aerodynamical issues have then further defined the shape of the body. The sidepods house the radiators so that they can be placed outside the body in order to catch as much driving wind as possible when the car is in motion. The bottom half of the nose narrows down behind the front suspension to guide cooling air into the radiators. Shark-like openings in the side-pods allow the hot air to escape after it passed through the radiators. Air intakes in the side of the body are necessary to cool the engine compartment, whilst openings in the top of the rear bodywork allow hot air to escape when the engine is running stationary.

The front suspension requires a flat surface on the body for an ideal fixation wheel geometry. For the same reason the mounting points of the lower triangle had to be situated more inwards. The nose drops to allow the driver a clear front view, however the monoshock front suspension requires extra space for the movement of the push-rods. Safety regulations determine the presence of a rollbar, as well as a taillight. The rollbar has been left untouched as an essential and protruding safety feature. The tail light comes from a Ducati Monster and is fully integrated into the engine cover. The cockpit rises from the body to protect the driver’s head whilst at the same time providing more interior room around the shoulders.

All these practical issues have had their impact on the design of the Black Onyx; its shape has been determined and limited by these issues at the same time. The name Black Onyx is derived from a black and white banded mineral that’s often polished to become a piece of jewellery. The black and white bands refer to the texture of the carbon fibre material from which the body is made. Just like the mineral, the carbon fibre has to be polished afterwards to give it its shiny appearance. In that sense, the design of the Black Onyx is what polishes the raw material and makes it a thing of beauty….